Sweden is as famous for it’s clever design as it’s inhospitable winter climate, so it comes as no surprise that the Swedes developed their own stylish solution to heating their homes effectively – the kakelugn, or ceramic stove. These stoves were developed in the mid eighteenth century by the inventor Carl Johan Cronstedt, who increased the heat output of the traditional wood burning stove eight fold through a system of winding flues. 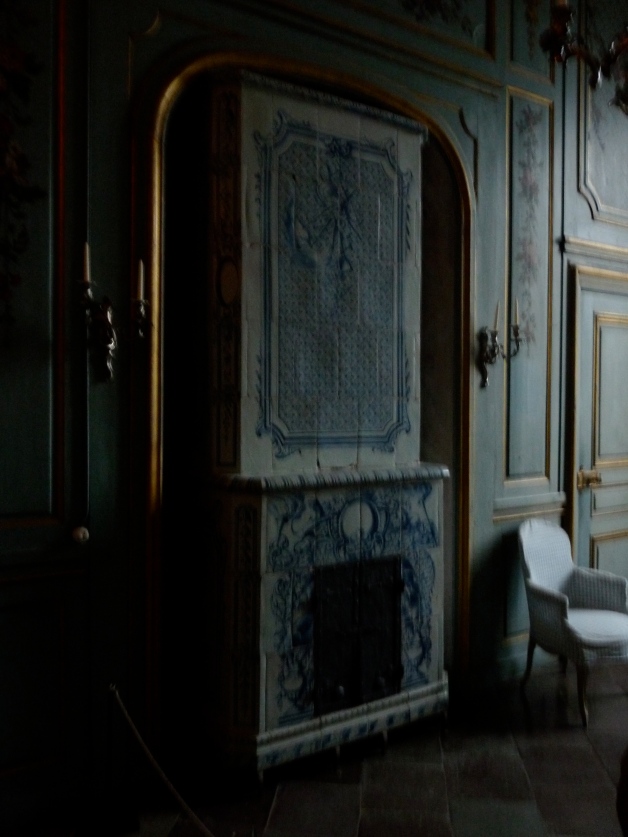 The stoves were built of masonry and clad in ceramic tiles, which were not only attractive but also captured and retained the heat without becoming too hot to touch. The stoves went on to have great social and environmental impact, allowing people to heat their homes much more cheaply and reducing the decimation of ancient forests.

Carl Johan Cronstedt was a royal engineer, and oversaw many of the eighteenth century alterations at Drottningholm palace, where these stoves were photographed. Drottningholm is not the most appealing of royal palaces – the parts on view to the public are gloomy and overblown in equal measure, with lots of tromp l’oeil marble and dubious ceiling paintings. Among the heavy handed baroque interiors, the pretty blue-and-white stoves lend a sense of lightness, recalling a more informal (and more inviting) domestic space.